3 most unattractive characteristics in women and men 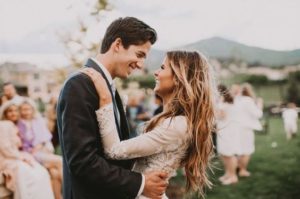 You would be thinking that what kind of topic is this; that there are lots of characteristics in both men and women, which are unattractive and nasty in interracial dating. And, the list of these traits is endless.
However, the truth is most of the unappealing qualities in men and women can be compressed into more basic characteristics. Look at the most common nasty traits in women and men. You will see that these traits are quite broad and still describe the main things that turn you off.

At first, an arrogant person may seem confident and attractive. They act like they have everything figured out and act supremely confident. They never show that they are vulnerable or insure, no matter if it is a guy or girl. However, you will soon discover the negative side of arrogance, once you get into a relationship with an arrogant person.
People who have dated a conceited partner may relate more with I am saying. Arrogance can quickly morph from smartness to ugliness. It is so bad because an individual who is arrogant focuses mostly on herself or himself and does not have empathy or time for others.

If you are young, like in your 20s, disorganization may not be a big issue for you, as you spend most of your time outside the house. Though, it is not good for long term relationships. If both the people who are dating each other are disorganized, then it would not matter to both of them.

However, in the long term, it is a very unattractive trait and such people cannot manage an effective and happy long term relationship. Moreover, it causes major frustration later on. Why? If both the partners are disorganized, their home will always be messed up, weekly chores would be overlooked, bills would be ignored, home would be unhygienic, finding things would be difficult, etc.
So, if you find that the house or car of a person, whom you are dating, is messed up, then think about your relationship. The clutter in your surroundings is equal to the confusion in your mind, thus disorganized people are generally mentally scattered.

Unreliability or untrustworthiness is one of the most unattractive traits in men and women both. A person who is disorganized, cancels plans at the last minute, arrives late, does not follow what they commit to, changes his or her plans frequently is not at all desirable. Such a person still has not grown up and is not mature.

Such people do not value fundamental social conventions, such as acting like a responsible person, who cares about how their actions that affect other people. Being in a relationship, especially in interracial relationship with such a person will not give you anything except frustration, annoyance, and bitterness. A long-term relationship with an untrustworthy person cannot work out.

These are some of the most unattractive characteristics in both women and men. No one wants these traits in their partner. And, even if they are fine with them, then they should know that a long-term relationship with such a person will surely be unsuccessful.