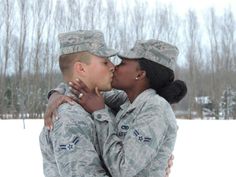 Interracial dating can be a magical experience, but there are some lines that should never be crossed. This is especially true if you’re looking to date a black man or woman. While you should never feel like you’re constantly walking on eggshells when you’re in a relationship, there are certain topics and behaviors that are best avoided, especially at the start of your relationship. The following list will hopefully help you be a better partner to your black love interest.

This is something best avoided during the early stages and should only be discussed if your black partner starts the conversation. Conversing with a partner who you’ve been with for a while about this is fine, but it should never ever be a topic of discussion when meeting or visiting their family. You might think it will show how non-racist you are by mentioning it, but it’s more likely to offend.

Unless you were raised in the same area and speak the same languages, don’t try to strike up a conversation with someone in their native tongue if you aren’t a native speaker. At best, it can come off as being a bit clueless and condescending and at worst they might think that you are ridiculing them. Either way, avoid it for the first few dates.

This one is tricky. If you’ve been with your black partner for a while, you’ll have to partake in some of these cultural traditions sooner or later. By that point in time though, your relationship and mutual respect will be strong enough to withstand potential conflict.

At the beginning of the relationship or during the courting process, it’s a topic best avoided. Talking about cultural differences usually leads to arguments about whose culture does things better. Remember that there is no ‘better’ culture, only different cultures.

This depends on who you are. Taking the extreme example, let’s assume you’re a redneck from a notoriously white and racist small town that regularly has square dancing events. Not only will your black partner not fit in at all, but they will most likely face harassment. You’ll struggle to find a black man or woman that enjoys square dancing too.

Many people with black partners often get married before telling their parents that their partners are black. You might be scared of their reactions and this is fine, but they will definitely not be willing to accept your partner if you don’t include them in your wedding. Introduce your partner to your parents first and then let them decide whether or not they want to be a part of your lives. You’d be surprised to find how quickly prejudice fades away once they get to know your partner.

You might think you’ve been discriminated against in the past, but you’ll be facing a lot more discrimination when you’re with your black partner. Be prepared for stares and rude comments, but don’t reply to them or let them affect you. Having a thick skin is crucial in an interracial relationship.