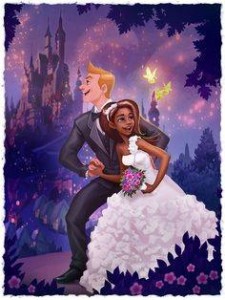 Interracial dating and marriages seem to be on the rise in recent years, with more and more people tossing the stereotypes aside and finding true love in the face of people with different racial and cultural background.

Black white dating is similar to any other relationship, in terms of things you should or should not do with your potential partner. However, interracial dating does come with certain specific aspects that you should know about in order to attract the perfect partner.

For instance, one thing you should never do is say that someone acts as if they’re not black. This might be intended as a compliment, but the other person is most certainly going to take it as an insult. It sounds racists at worst and stereotypical at best. Telling a Black woman that’s she’s exotic might also not be taken in a very positive way. Exotic is a word we often associated with something being too foreign, almost alien and abnormal.

In fact, you should try to avoid stereotypes as much as possible. If your date comes from an ethnic background, this doesn’t mean you have to take her to ethnic restaurants. Don’t stereotype her by making her feel she needs to use black people’s things, because she’s black. She might enjoy French cuisine or street food as much as you do – just ask her!

When it comes to black white dating, thinking about the other person as someone who’s different can skyrocket your relationship to failure. Treat your partner or potential date in the same way you treat everyone else. Also, learn to accept that others might not be as supportive of your interracial relationship, as they would be if you dated someone from the same racial background. Toss aside the stereotypes and remember: you’re in a relationship with the person you like, not with the rest of the world.