Advice on How to Date a Black or White Partner 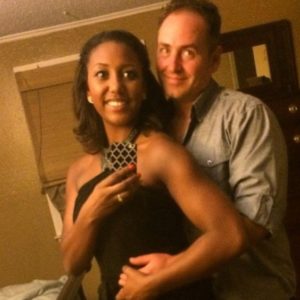 If you are interested in a black and white interracial relationship, then you have greater opportunity now than there has ever been.  It’s always a thrill finding someone you’re compatible with and whom you are deeply attracted to.  It certainly makes dating easier, falling in love easier, and yes, it even makes long-term commitment seem like a honeymoon.  When you’re in love time passes by quickly!

You may find, however, that some social elements are challenging as you progress onward in the relationship.  There are many people that don’t seem to understand that even though people are generally accepting, there are still subtle problems with stereotyping and using offensive clichés or expressions.

Don’t Be Shocked To Learn That Racism Still Exists

Of course, racism isn’t as overt as it used to be.  Still, there is a widespread problem with stereotyping, making offensive observations or jokes, and sometimes just insulting a person’s culture or race out of ignorance.

Yes, ignorance is usually the key term.  Despite what some people in the hysterical media claim, not everyone who is ignorant and who believes stereotypes is a racist.  Some are, but many aren’t.  They simply need to be educated as to why their statements can be misconstrued as offensive or why they’re inaccurate.

If the family of the person you’re dating doesn’t have many black friends, these miscommunications occur frequently.  However, their ignorance of black culture, racial inequality, and complex political situations doesn’t necessarily mean they’re racist and implying such will probably make the family feel defensive.  That will lead to awkward tension and the problems will only increase.

Subtle Warning Signs from Your Date

It’s true sometimes your partners, who do like you, can exhibit some surprising ignorance about black culture and racial injustice.  Now some of your own family and friends may tell you that if the person you’re dating believes that racism and stereotypes aren’t that important of an issue, you should end the relationship.  This is considered “white privilege” to some and it does anger a lot of people.

However, this is really your decision to make.  No one can tell you what you should do.  All that you have to decide is whether you are interested in your partner and can learn to get along with them over time.  Remember, some people just need to be taught how subtle attitudes of racism can hurt people’s feelings.  If you’re patient, you may be able to live with such a person.

On the other hand, if you feel that your partner intentionally provokes you, and makes racist statements just to get on your nerves, you may think twice about whether this person is long-term dating material or not.

Yes, some people you meet in dating do like to tell offensive jokes or maybe even start an argument just to have some “angry loving” later on.  It may be fun in the short-term, but a good marriage is usually not based on such ferocious emotions and conflict.

Ask for the advice of your loved ones and the friends you know are educated and aware of the many differences between ethnicities and cultures.  You may learn something valuable and build an interracial relationship to last.