Annoying things that people say about interracial relationships in Australia 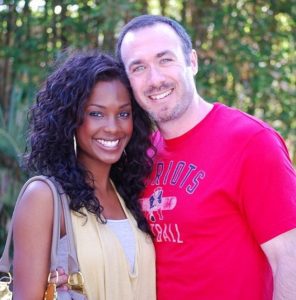 You might think that interracial relationships in Australia are on the rise and people have moved towards a more progressive way of life. But sadly, this is far away from reality. From those prolonged stares to overtly racist comments, unfriendly jokes, and questions, all of these make interracial couples extremely uncomfortable.

Even though a lot is being said against racism and a lot of steps have been taken, there are some people in Australia who are still as insensitive as they can get. They make blatant comments which are totally not acceptable to interracial couples. We will talk about some of the things that might sound very annoying to a person who has a partner from another race. It is high time that we identify such concerns.

Here are the things that we should never say to an interracial couple in Australia:

1. WHAT DO YOUR PARENTS THINK ABOUT IT?
Just because you might have some inherent discrimination against other races, does not mean that the parents of an interracial couple in Australia have those same thoughts. And even though they might harbor some feelings which do not make the couple happy, you stating that on their face does not make them any happier.

2. I AM SO HAPPY THAT I GOT TO KNOW BOTH OF YOU
By putting this statement across to partners who are dating across races in Australia, you make them feel like they are a kind of specimen. They are neither someone who has to go through a test in the laboratory because they are different nor they are some creatures who are rare to be found.
Interracial couples are just normal people like anybody else who happened to have fallen in love with each other. So, you need not be overtly happy to have known them. They are just like you and me.

3. DID YOU NOT FIND SOMEONE FROM YOUR OWN RACE?
This is a question that no interracial couple wants to hear. Firstly because they actually did not find a person from anywhere else and that is why they chose to be with their present partner. However, this does not mean that choosing a partner from another race was their ulterior motive. They just happened to have fallen for a person whose race is different from theirs.

4. OH IT MUST HAVE BEEN HARD FOR YOU
Yes, it might be hard for interracial couples to maintain a relationship into which a lot of people are nosing in Australia. But, mentioning this to them does not help at all. In fact, you make it even more uncomfortable for them when you ask them whether they have to put in some extra bit of effort.

Interracial couples are no different from any other couples and we who make stupid comments, make them feel different. So, there is no reason why being in an interracial relationship will be tough for them and they do not have to be brave to go out in public.

5. YOU WILL SURELY HAVE WONDERFUL KIDS
Well, this is not the sole motive that two people of different races in Australia come into an interracial relationship. Having kids might not even be a plan for them, for all you know. As to the fact that the kids will be wonderful or not, is not in their control anyway. And neither can you ever determine what anyone’s kids will turn out to be. So, this question is an invalid and one that you should definitely steer clear of.

The questions or statements that we just mentioned are some of the things that interracial couples in Australia are tired of hearing. So, the sooner you stop saying them, the better it is for you and them. Happy learning!