The Best Locations For Interracial Dating 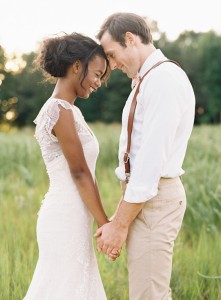 Are you dating a person of another race or you are inclined towards interracial dating? In both cases; this article will help you to have a better idea of the problems and solutions of such dating. When you are attracted to someone, you only see the good in them and willingly set aside minor things you do not like about that person.

Interracial dating is being accepted in most parts of the world, but still there are disgruntled racists who have animosity towards interracial relationships. These people will always try to influence others and discourage interracial relationships with unfounded myths and stories. Dating within your own race has been happening historically, but with the steady flow of immigrants from other part of the world, the number of interracial dating in the United States and many countries has increased.

Though it is generally said that racist are conservative in their minds and open-minded people are liberals, this isn’t necessarily true. This generalization cannot be applied to all the people living in historically conservative and liberal states.

There are some places which welcome interracial couple with open arms without showing any inhibitions or hatred towards such relationships, but that does not mean you won’t encounter individuals who are against it.

It is a fact that with the changing times and technology, black men are more likely to marry a person from another ethnicity or race than black women. While the city of New York and Los Angeles may boast of having more interracial relationships, Canada and New Zealand are not far behind them. The reason may be due to the fact that they are cool places for interracial dating and raising kids of mixed races. On a cursory glance, if you look at the people living in the bay area you are bound to notice that large numbers of couples are from different races.

London among other cities of world has the most diverse population and people are very open-minded about interracial dating as well as using interracial dating sites. Likewise, Sydney in Australia could be considered as another cool city for such activities.