How Common Interracial Relationships Have Become in the United States 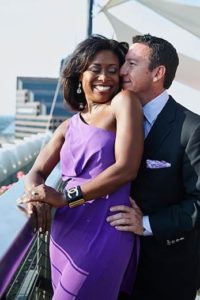 These days one can easily notice the rate at which interracial dating has skyrocketed especially in the United States. Often times, you see one or two interracial couples with their cute kids taking a stroll and you think,” Wow! So we’ve come this far?”

The contrast between the strict laws and discrimination of the past and the interracial lovers of the present is one that is encouraging and shows that we’ve moved past a horrible time in human history.

Interracial Dating in the US According to Stats

Statistics is a very handy tool when it comes to situation like this so we’ll be pulling up some very vital stats in regards to interracial dating and its evolution. First of all, it’s important to note that Interracial Dating in the U.S. was given the nod about 49 years ago and ever since, the public’s tolerance of marriages between people from different races has been on the increase.

In 1959, only 4% of Americans approved of interracial marriage but in 1971 after the government had given the green light on interracial marriage, the amount increased considerably to 29%. In 1985 the amount increased once again to 43% and continued to grow. Just recently in 2008, it became 77% and in 2013, 87%. Today, a staggering 87% of Americans approve of marriages between Blacks and Whites (According to Gallup), compared to the meagre 4% in 1959.

It is a great thing that Americans are now legally permitted to date or marry whoever they want to but the question is how many really go ahead with the marriage? According to different statistics taken by the United States Census Bureau in 2010, the amount of interracial couples in the U.S. rose from:

From the statistics above, it can be clearly seen that interracial marriage in the U.S. gradually rose from 1.3% to 3.9% between 1970 and 2010. Out of the total interracially married couples in 2010, white men marrying black women is at 0.3% and black men marrying white women is at 8.6%.

One can easily see from the detailed statistics above that the reasoning of Americans in regard to interracial marriages has greatly changed but the rate at which the actual marriages occur is still rising. However, this census was taken in 2010 and happens to be the most recent available. Six year have passed and in addition to the several interracial dating sites on the internet these days, it is safe to conclude that the numbers will definitely take a giant leap when the next census comes up.