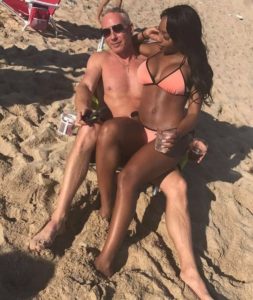 A huge percentage of adults today say that the trend toward more people of different races marrying each other is generally a good thing. More people are becoming aware that there is so much we can learn from integrating with different races. Acceptance of interracial relationships has grown and with it more social barriers shattered.  This is despite racism still being a divisive issue in the 21st century, a lot of people would not mind dating from another part of the world or having a mixed race person married into their family.

The world will be a happier place if racism is and racial boundaries are broken down. Through interracial dating many cultural myths are debunked by people proving ignorant beliefs wrong. Interracial unions help to reveal the reality that racial boundaries remain imaginary while striving to bring forth the notion that the globe has only one race; humans.

Great tool
Interracial dating has become a great tool in the fight against racism. is seen through interracial dating. The more the mushrooming of interracial love, the more acceptable it becomes by the general society. Racism comes about as a result of ignorance to different cultures, religions and routines. A particular race therefore regards theirs as the more superior and consequently despising other races. Interracial dating brings together differing cultures for a greater purpose; love. Therefore interracial dating can be used as a tool against racism, prejudice, colorism and by extension fight race
supremacy.

Love is capable of making people do unthinkable things which they may otherwise deem impossible, such as meeting their black partner’s family and friends without minding about being the only white person in the vicinity. People who are culturally porous or culturally versatile are in a better position to have intimate and genuine relationships with people outside their ethnicity.

Positive change
Interracial coupling is deemed as a positive change in the society and this can be backed up by hard facts. A 2017 study on interracial relationships by the  pew research center survey showed that “roughly four-in-ten adults (39%) now say that more people of different races marrying each other is good for society – up significantly from 24% in 2010.”
A census conducted in the United States in 2010 revealed significant statistics that can be when inferring cases of interracial matches. Interracial dating is represented in 17 percent of newlyweds and at least a 25 percent of Americans have a kin in an interracial marriage.

This shows it is becoming more and more acceptable with every dawn of a new day and the adage ‘Love is blind’ is continuously proven to be a fact. A study conducted on blacks married to whites showed an increase in the comprehension of racism, while those whites married to other minorities other than black ,for example Indians, are more susceptible to experiencing a change in thoughts on immigration.

Interracial dating breaks down social barriers and has consequently proven to reduce prejudice from across all races because eventually their relatives will get to spend some time together. The thought of having versatility in races and cultures in the society is really beautiful.