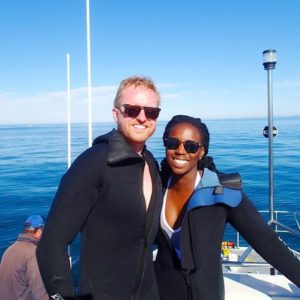 Assuming things about other people is something that always leads to conflict, misunderstanding, and general unpleasantness. This is doubly true in an interracial relationship.

While you might think buying an anime box set for your Japanese girlfriend is the perfect gift, it could be unintentionally offensive if she’s not even a fan of anime. Similarly, not all black men are into basketball. Not all black women are loud and outspoken. Not all white men are rich.
No matter how much you logically know that stereotypes don’t represent all people, chances are that you will slip up sometimes. Here are four reasons why you shouldn’t let stereotypes play a role in your relationship.

1. They will think you see them only as their race
Nothing is worse than thinking that your partner is only with you because of the color of your skin.

If you’re constantly stereotyping your black girlfriend as being loud, obnoxious, sexually aggressive, and do things like ask her to twerk or ‘act ghetto’ for your amusement… You should already realize why things won’t work out between you.

Treat your girlfriend like you would treat someone of your own race. You likely wouldn’t stereotype them since you know that those stereotypes don’t apply to you.

2. It fetishizes them
One thing that can really put one off about interracial dating is the creeps. You know who they are.

People will realize when you only want them for their stereotypes, and they won’t be happy about it.

While submissive Asian women and other common stereotypes do exist, that’s not all that they are.

3. It will make their family less accepting of you

If you’re stereotyping your partner, it’s safe to say you’re going to be stereotyping their family as well. If you’re cracking racist jokes and acting like they all fit some trope, don’t expect them to invite you back over for Sunday lunch any time soon.

Abstain from making curry jokes if you have an Indian boyfriend, and never speak about dishonor when meeting your Japanese girlfriend’s family for the first time. It’s tacky and classless.

4. You will offend their friends
Your partner may be willing to overlook a few comments you make while assuming things about their race, but their friends won’t spare your feelings. They will call you out.

Not only will this be very awkward in the moment, but it will cause relationship problems – not only between you and your partner, but between your partner and their friends as well.

It is much better to just not assume people are their stereotypes and avoid all the conflict to begin with.