Black Women Dating White Men – Is it a Fad Or is This Mixed up Trend Here to Stay? 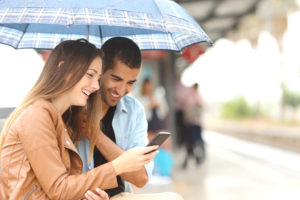 Interracial dating has been a taboo subject in the past, even more so if it involves black women dating white men. Many of these interracial couples are often stigmatized and not generally accepted in society. However, with the rising popularity of movies which feature black women dating white men such as ‘Lakeview Terrace’, ‘Something New’, ‘Guess Who’ and many others, there has been increased acceptance for these couples in mainstream media. Despite a few people being bothered by black-white dating, people are increasingly changing their attitude and becoming more open-minded towards these interracial relationships.

So far, one of the most prevalent challenges a black woman faces while dating a white man is the cultural difference between the two races. In fact, it is not uncommon for the couple to be faced with vehement societal pressure and many deep-rooted prejudices. More often, the greatest opposition is bound to come from the couple’s family members and even close friends. In such cases, the family tends to openly oppose the interracial relationship since they fear that it will paint a negative image of the family in society. Many families are afraid of being judged by friends and extended family members when one of their children dates a person who is black. They also fret about their grand children being mixed race.  All these concerns are common and will probably be mentioned by the family of someone involved in an interracial relationship.

What about the societal pressure that comes from the black community when their daughter is dating a white man? The black woman will be judged as being a traitor and a “sell-out” who has abandoned her brothers. While men from the same community abandon the black women to date women from other races, it is ironic that the women involved in interracial dating in the same community will be ostracized. It is usually a common expectation that the black women dating white men should have waited for black men to return to them and be satisfied with being their partners instead of moving ahead to expanding their love options and entering into an interracial relationship. This double standard is completely unfair, since black men are known to openly state that they only date white women.

While it is true to note that many interracial relationships are faced with some trials and tribulations, there are quite a number of them that have successfully carried on with their relationship and are happily married. For such couples, they opted to ignore the external pressures and instead, move ahead to discover the many amazing benefits that came from learning, accepting each other’s culture and subsequently choosing to live a happy life together.

Interracial dating sites have been one of the major contributors of successful black women-white men relationships. With a plethora of dating sites created with the sole aim of connecting black women who want to date white men with white men who want to date black women, couples can link-up via the internet and successfully be able to establish a relationship. Today, interracial couples are connecting from all over the globe 24/7 and finding the partner of their dreams.

One Response to Black Women Dating White Men – Is it a Fad Or is This Mixed up Trend Here to Stay?